Residents of these islands say they want to join Miami Beach. Will Miami let them go?
August 10, 2020 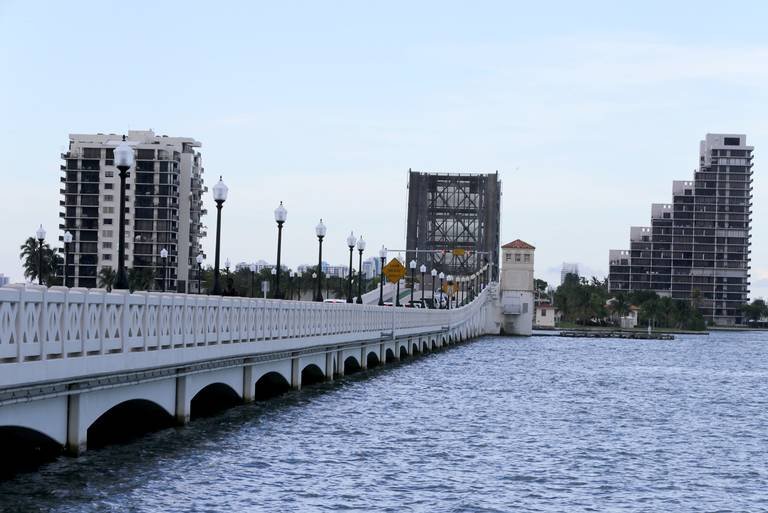 Residents of the six artificial islands stretching along the Venetian Causeway between downtown Miami and South Beach have a lot in common. Their kids go to the same schools, they shop at the same grocery stores and they share picturesque views of Biscayne Bay. They also have the same ZIP Code.

But the two westernmost islands — Biscayne and San Marco — belong to the city of Miami while San Marino, Di Lido, Rivo Alto and Belle Isle are part of Miami Beach. That division, according to some residents, causes headaches and confusion. It means that the islands are subject to different rules, different property tax rates, and even different parking costs. And when residents want to lobby for a new service or a change to the neighborhoods along the causeway, they have to go to two different city commissions.

Now, voters on the Miami islands are circulating petitions to become part of Miami Beach.

“It would definitely streamline the process for government operations, for advocacy for the neighborhood, for improvement, for city code enforcement,” said Mario Reyes, who has lived on Biscayne Island for more than 20 years.

Their chief arguments for annexation relate to code enforcement and city services. Reyes and some of his neighbors say that the city of Miami has allowed vacant lots to blight the neighborhood and that their complaints have fallen on deaf ears. Families with children say they’d also like to have priority access to after-school programs at a youth center in Miami Beach. Because they’re not Beach residents, their kids don’t always get spots in the programs, and the families argue that similar programs in Miami are farther away.

Biscayne Island residents Diana Fontani and Mario Reyes stand by the Welcome to Miami Beach sign that marks the limits between Miami Beach and Miami. Their island is located in Miami, but they’re circulating a petition to join Miami Beach.

“We’re about as close to the city of Miami as the Falklands are to Great Britain,” Gordon joked at a recent commission meeting, referring to the disputed Falkland Islands near Argentina, which are a British territory. “I truly believe that we do need to bring the causeway under one set of governmental regulations and one set of governmental insight.”

There are also financial incentives. Homeowners on Biscayne and San Marco pay more in property taxes than their neighbors on the Miami Beach islands. Parking fees are also higher for residents on the Miami side of the Venetian Causeway.

Not everyone is on board with the idea, however.

Miami Commissioner Ken Russell, whose district includes Miami’s Venetian Islands, said there are alternative options to addressing residents’ concerns that don’t involve transferring a piece of Miami to Miami Beach. For example, he said, Miami and the Beach have an agreement under which police and fire rescue from either side can respond to calls if they are closer, which would explain why some residents might see Beach police respond to calls faster.

Russell said such cooperation can continue and expand.

“All of these concerns are completely solvable,” he said. “But the drastic move of changing the borders of the city is something we have not contemplated.” 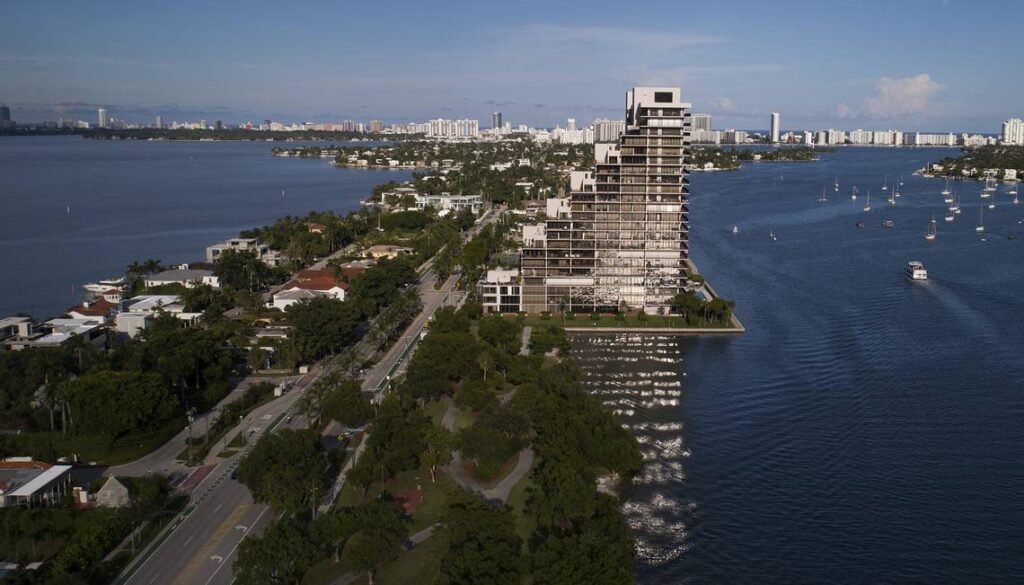 He also noted that Biscayne and San Marco residents have important political power that would be diminished if they were a part of the Beach. His constituents on Biscayne Island fought to delay a referendum on Jungle Island’s plans to build a hotel on city-owned Watson Island. Russell said because the outcry came from Miami residents on Biscayne Island, they were able to give input on Jungle Island’s plan, which was approved by voters in the August primary.

“There are folks who are happy to be Miami residents,” he said.

Proponents of annexation have so far collected signatures from roughly 13 percent of the islands’ roughly 370 households, said Diana Fontani, a Biscayne Island resident, but they need to win the support of 20 percent of voters in order to file a petition with the County Commission. Fontani said that so far she’s gotten a positive response from her neighbors, but she still has a lot of doors to knock on.

“It would just be such an easy transition,” said Fontani, who works for the city of Miami Beach as an aide to Commissioner Michael Góngora but said she’s advocating for annexation in her capacity as an island resident. “It would be better if we were unified and under one municipality.”

Reyes said that while he’s talked to some neighbors who are on the fence about leaving Miami, most seem interested in the proposal. The main concern he’s heard is that bulk trash pickup might not be as reliable if the islands become part of Miami Beach.

But even with the local support, redrawing city boundaries is a long, complicated process that would require a resolution from both the Miami and Miami Beach city commissions before county officials would even consider it. Then the county’s planning board and the County Commission would have to approve the change. According to the county code, residents would also vote on the annexation, although the requirements vary depending on the number of registered voters. Neither city was able to provide voter registration tallies for the islands.

It’s unlikely that Miami would want to part with the islands. Biscayne and San Marco are filled with high-dollar homes that generate approximately $3 million a year in property taxes for the city, according to an estimate calculated by the news site RE: Miami Beach that was based on an analysis of property values by Compass Realtor Seth Feuer. 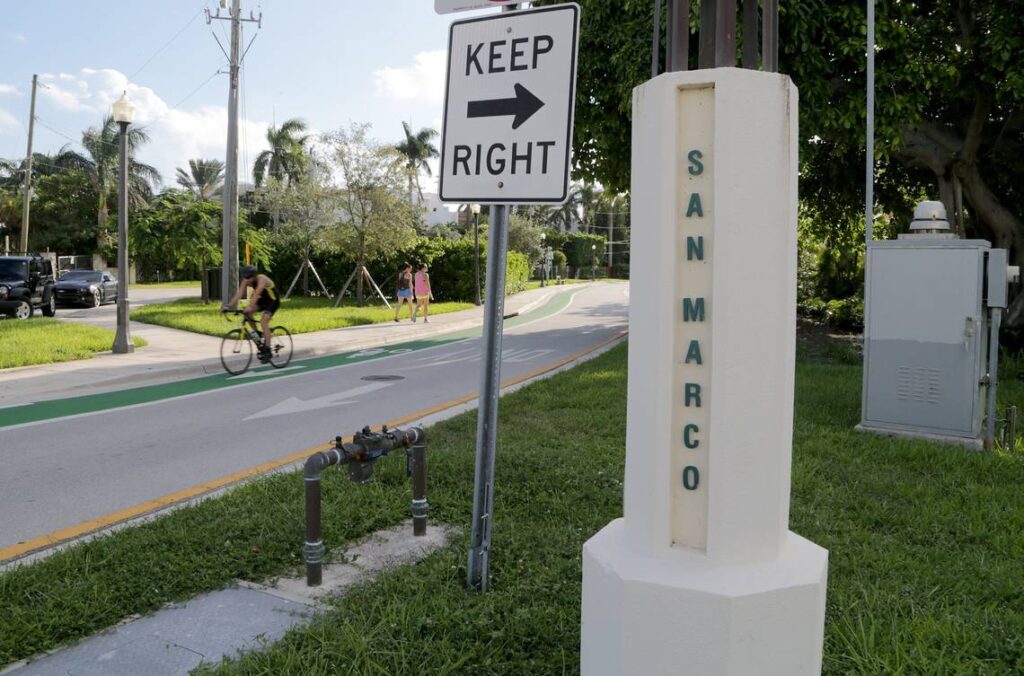 That’s exactly what makes the idea attractive to some Miami Beach officials. Góngora, who brought up the possible annexation at a recent commission meeting, noted that “these are really prime waterfront properties off of the Venetian Causeway.”

At Miami Beach’s lower property tax rate, the homes on the islands would generate an estimated $2.3 million a year for the city, according to the RE: Miami Beach estimate. At a Sept. 12 meeting, commissioners voted to refer the idea to the city’s finance committee for preliminary discussions and a review of the possible financial impacts.

Biscayne and San Marco aren’t the only islands Miami Beach has discussed annexing. The City Commission is also looking into the possibility of annexing the tiny city of North Bay Village, three man-made islands strung together by the 79th Street Causeway. Although the North Bay Village mayor is adamantly opposed to the idea, some residents say that after a string of recent political scandals they’re willing to consider it.

Both of these situations are unusual in Miami-Dade County, where annexations typically take the form of a city absorbing nearby unincorporated land or neighborhoods forming their own cities. Annexation has long been a complicated issue in the county, which is home to more than 30 municipalities. Unlike Broward County, which determined years ago that most areas should be part of a city so the county government could focus on regional concerns like transportation and trade, Miami-Dade is a mishmash of unincorporated areas — where services like police and garbage collection are provided by the county — and cities.

If Biscayne and San Marco do join Miami Beach, there’s no guarantee residents will be happier under a new city government. Some of the policy differences residents on the Miami side say they’d like to see on their islands — like stricter code enforcement and an aggressive stance against illegal short-term rentals — are issues that have generated controversy and complaints in Miami Beach.

And Reyes said there are many aspects of Miami’s government that he appreciates, like trash and recycling services and the police department. But he said he feels that more than anything, joining Miami Beach would just make life a little easier.

“We’d have a friendly divorce, acknowledging the other side’s good stuff,” he said.