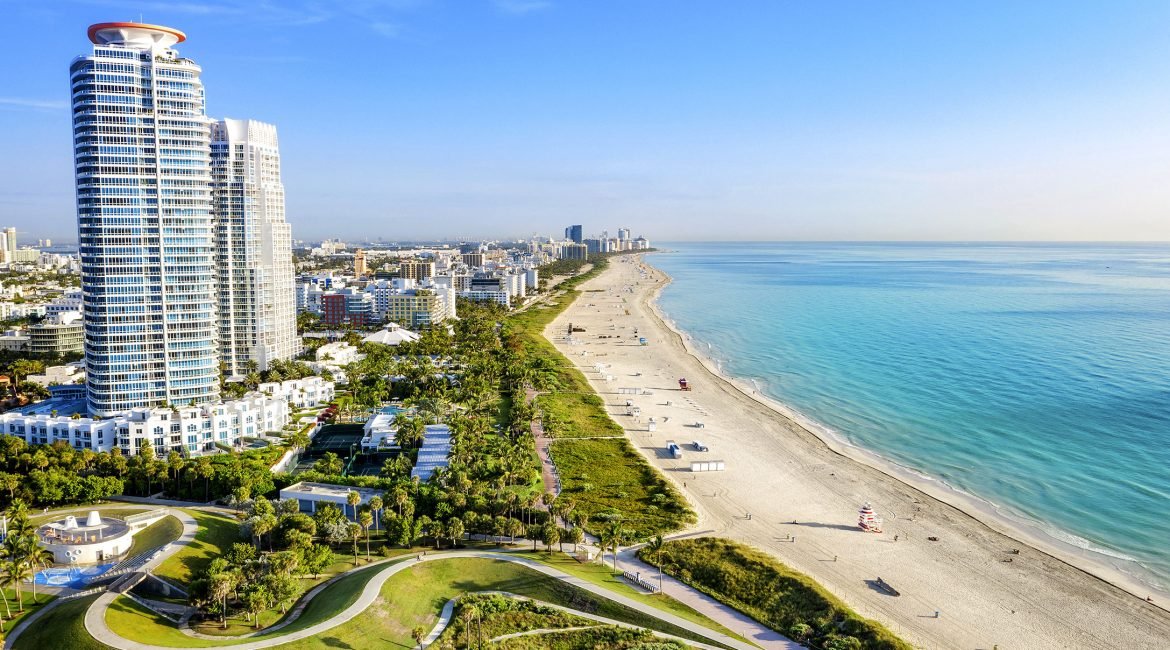 Now that business are slowly beginning to open, we can’t think of a better time to investigate all the hot spots for enjoying great food, art and the outdoors. Join us for a tour through Miami’s South Beach through the eyes of a local, and start making your list of places to visit.

After manning the kitchens at The Alley at Miami Beach’s celebrated Betsy Hotel and Sag Pizza in the Hamptons, Chef John Kreidich is now earning accolades at South Beach Italian favorite Macchialina. It’s no surprise that New York–born Kreidich clicked with Michael Pirolo, executive chef and managing partner. “He’s from Queens and that’s where I’m from, so we really hit it off,” says Kreidich. (Macchialina has been such a success that a new, larger Coral Gables location will open later this year.) When he isn’t cooking up veal Milanese and scialatielli ai frutti di mare on Alton Road, the athletic chef de cuisine and soon-to-be dad takes full advantage of the leafy, Art Deco neighborhood’s fitness opportunities.

As 36-acre Flamingo Park undergoes an extensive facelift, the newly renovated Flamingo Park Tennis Center, with its 17 lighted courts, draws players at all levels. It’s an outstanding facility by any measure, offering everything from racquet rentals and luxurious locker rooms to private and semiprivate lessons. “I like to play at 9 a.m., go out with my wife and knock the ball around,” Kreidich says. “And I’m a big fan of the ball machine.” 11th St. & Jefferson Ave., 305.673.7761 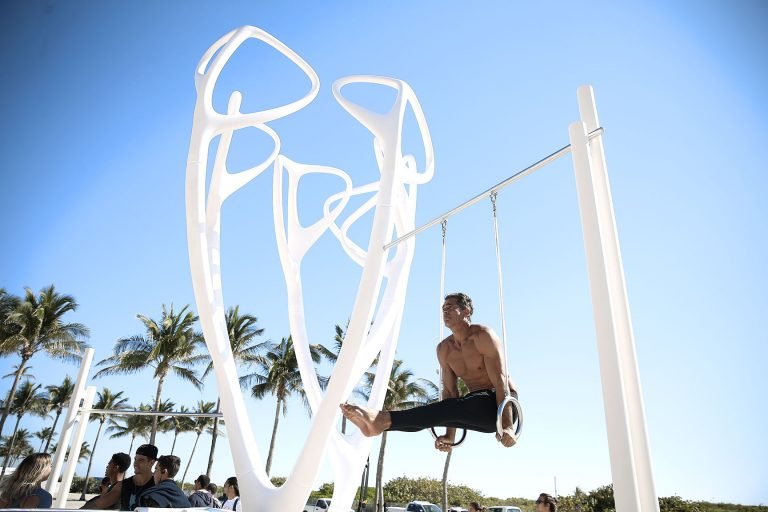 The city of Miami Beach has doubled down on its Muscle Beach workout facility, which is located right on the sand. Once rather rustic, these days Muscle Beach boasts real equipment and an arty wellness circuit that commands nearly as much attention as the ripped physiques on display. “I used to go there and bench press on a wooden stump,” Kreidich says. “It’s come a long way, and it’s amazing to work out at a gym with that scenic backdrop.” Lummus Park, 873 Ocean Dr., 305.673.7730 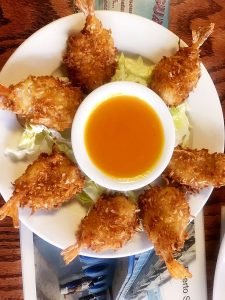 A South Beach institution since 1962, the Cuban café Puerto Sagua offers tasty fare in an unpretentious setting. Both attributes appeal to Kreidich: “You just know that the people there are authentic,” he says. “The women serving you are abuelas. I love the fried pork chops—shoulder meat that’s been braised for a long time. And then they deep-fry it and cover it in pickled onions. The atmosphere brings me back to old Miami Beach—I feel like I’m in someone’s mother’s house when I’m there.” 700 Collins Ave., 305.673.1115 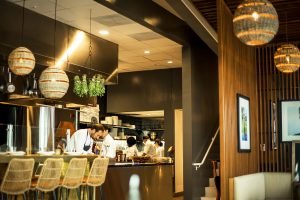 Kreidich still keeps up with his colleagues at The Alley and returns regularly.  “That’s my go-to place for Neapolitan-style pizza,” he says. “I genuinely love the crust.” He usually orders the soppressata piccante (crushed tomato, caciocavallo and parmigiano cheeses, and oregano) or the mushroom pizza. He also likes the Arthur Ave salad (salami, olive, filone, provolone, and pepperoncini). Other menu highlights include the whipped ricotta and the grilled octopus. 1440 Ocean Dr., 305.760.6903

Find your next home in Florida today.