ANOTHER MONTH OF DOUBLE-DIGIT GAINS FOR MIAMI’S CONDO MARKET IN OCTOBER
November 11, 2020 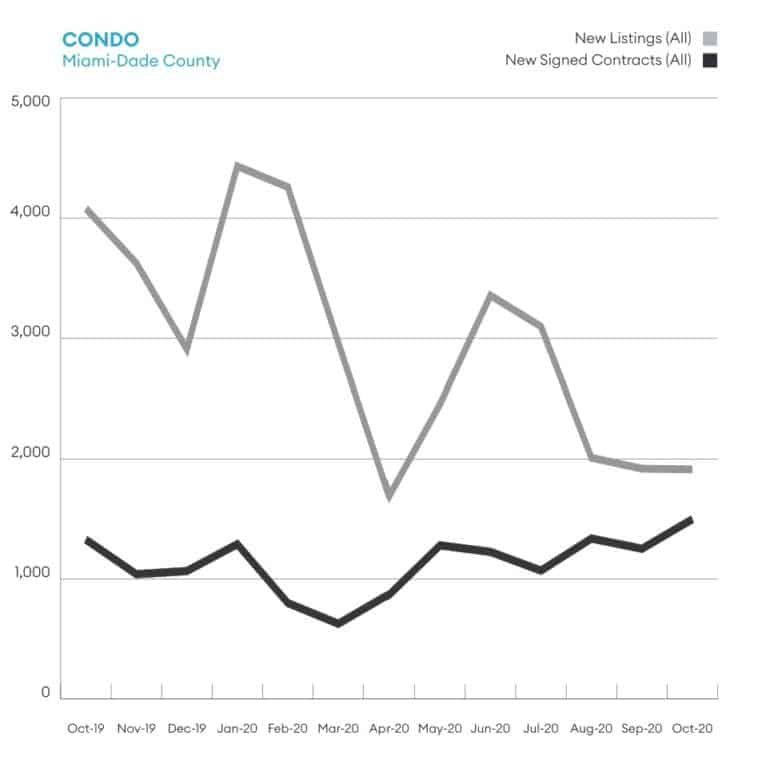 Miami’s condo market continued to show an increase in sales volume and a decrease in inventory last month, according to a new report from brokerage Douglas Elliman.

The number of condos that were put into contract in Miami-Dade during October was up 12.8% compared to the same period in 2019. In Broward, condo market contracts were up 86% for the month, and in Palm Beach the increase was 155%.

Condo inventory in Miami has been shrinking since 2018, and that trend continued in October.

Dollar volume is likely to be up last month at an even higher percentage than the increase in transaction volume. Newly signed Miami-Dade contracts worth over $1 million were up 137% in November. 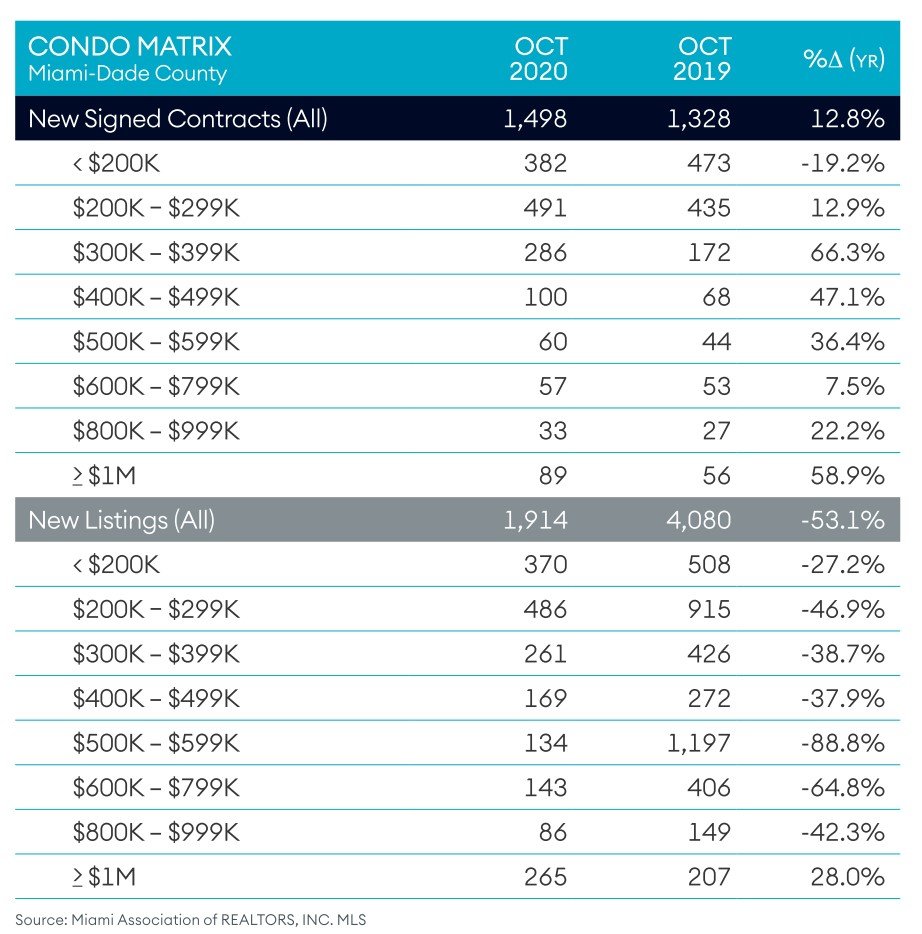